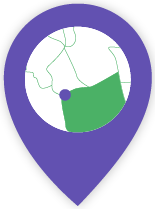 Kawmeya, a model of sustainable urban redevelopment in a poor neighbourhood

Since the late 1990s, the Governorate of Giza, supported by the Egyptian national authorities and subsequently by the Urban Projects Finance Initiative (UPFI), has launched a vast integrated urban redevelopment project for the 950,000 inhabitants of the neighbourhoods of Imbaba and Al Warrak in the north of Giza, who suffer from uncontrolled urbanisation and deteriorating living conditions.

Following the transformation of the old Imbaba airport in the 2000s, the Governorate of Giza is now targeting the Kawmeya sector, which will soon be linked to line 3 of the Metro.

The Governorate of Giza is located 6 km northwest of Cairo city centre. The sector of North Giza is made up of two main districts: the neighbourhood of Imbaba to the south, and the Al Warrak neighbourhood in the north. The total surface area of the North Giza sector is 1,319 hectares, with a population of almost 878,000 in 2006, which makes it the most densely populated undeveloped urban area in Egypt.

Suffering from rapid and anarchic urbanisation, affecting a population mainly composed of low- or middle-income families, North Giza is desperately short of public services and infrastructure, such as hospitals, schools and other cultural or public spaces. Networks for the distribution of drinking water, solid waste collection, sewage and sanitation are inadequate and run-down. Most housing is in poor condition. There is a chronic lack of public transport on an inadequate road network, which is clogged up by construction and informal economic activities.

These problems have become much worse since the 1990s with the rapid growth in population, creating worrying socio-economic conditions and high levels of poverty in many parts of North Giza.

Faced with this situation, national and local authorities have decided to redevelop the urban space in order to develop effective and high-quality public services for the residents of these disadvantaged neighbourhoods.

The redevelopment of the Imbaba and Al Warrak neighbourhoods in the framework of the Urban Projects Finance Initiative – UPFI – followed two axes.

The first axis concerns the conversion of land from the former Imbaba airport into an urban mixed-use area. Urban programming includes the development of infrastructure and public services accessible to the inhabitants of riverside areas, the construction of a residential area, the establishment of public green spaces and the creation of a mixed zone dedicated to public and private investments. The reuse of the field of the former Imbaba airport for new urban programmes, and the extension of the Ahmed Oraby Axis Road, which is crucial for road traffic, will complete the logistical aspect of this first axis.

The second aims to improve the living conditions of residents of Al Warrak and Imbaba through an integrated urban development approach. It includes three components revolving around the rehabilitation and renovation of the Kawmeya sector straddling these two neighbourhoods. 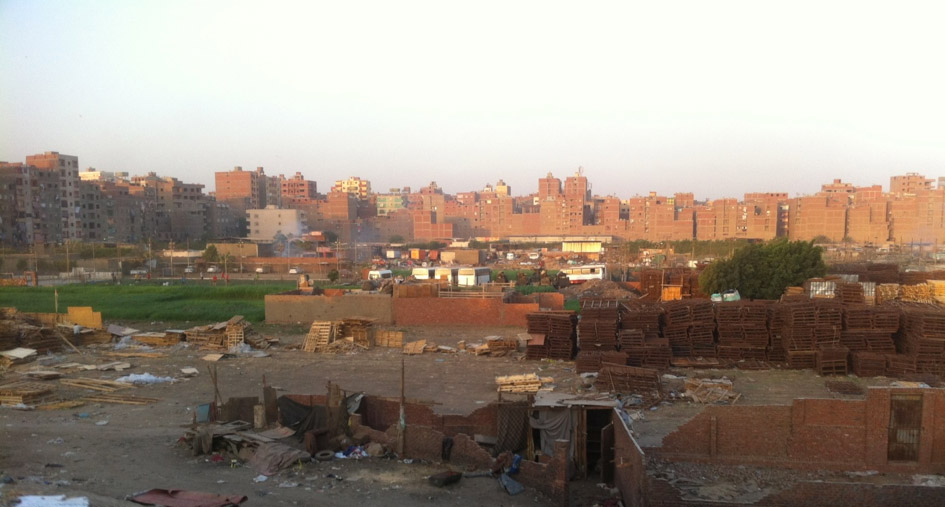 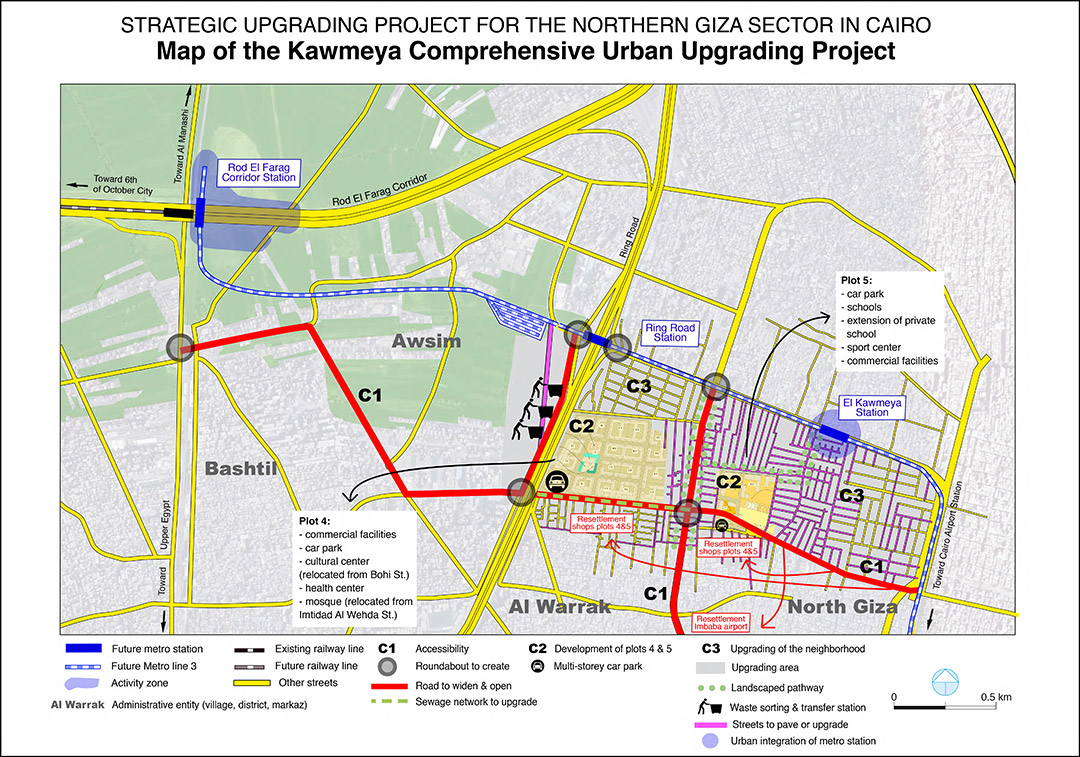 The Governorate of Giza is the institution promoting the UPFI project for Imbaba and Al Warrak, working in partnership with the General Organization for Physical Planning (GOPP) and the Central Development Authority (CDA), both affiliated to the Ministry of Housing, Utilities and Urban Development. These institutions have developed the urban project and started the implementation of land reuse activities on the site of the old Imbaba airport.

Alongside them, the Ministries of Foreign Affairs, of Housing, of the Environment and of Health have also been involved, in close collaboration with civil society organisations and with the private sector.

The ambition of this UPFI integrated development project and its replicability in the Mediterranean region led in 2014 to its labelling by the UfM and its 43 member states.

Moreover, Egyptian stakeholders and consultants mobilised by the UPFI are exploring a potential second phase of this integrated urban development project. Indeed, an opportunity for additional urban regeneration is under study. This consists of the implementation of an urban development plan in the area parallel to line 3 of the Metro, currently under construction, between the Ring Road and the Rod El Farrag Corridor station. This urban area of about 1,500 hectares west of the districts of Imbaba and Al Warrak has suffered from the impact since the 2000s of a vast increase in informal housing and rapid population and urban growth.

In the framework of phase 2 of the UPFI initiative, a technical assistance and capacity building mission for the Governorate of Giza and local stakeholders, as well as a feasibility study focused on the redevelopment of the Kawmeya sector were carried out by the AFD.

The feasibility of the implementation of the complementary urban development plan for the Western Ring Road sector were also studied.

In April 2016, the first conclusions of this feasibility study, piloted by the French Development Agency, were presented to the second steering committee meeting of the project, which took place in Cairo in the presence of relevant Egyptian stakeholders and the European Investment Bank (EIB). In January 2017, the team of experts mobilised on this study delivered the third report of this technical assistance mission. In this report, the institutional and financial setting up of the project, as well as the progress of the urban feasibility study and the conducted field surveys were presented.

In January 2017, a complementary study, focusing on the environmental and social impact of the project was conducted by the team of experts.

A complementary study for the preparation of the Imbaba project

In January 2017, the feasibility study and technical assistance, conducted by the experts mobilised on this project, has been extended with a complementary mission dedicated to the analysis of the environmental and social impact of the urban project in Imbaba. All the information on the Imbaba project is available on the dedicated page.