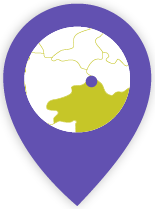 Strengthening the technical and financial resources of Jordanian municipalities

The Urban Projects Finance Initiative – UPFI – supports the Jordanian authorities in the definition and implementation of a second regional and local development programme aimed at building up capacities and investments in Jordanian municipalities.

Building the capacities and resources of Jordanian local authorities

The municipal sector remains undeveloped in Jordan, compared to international and even regional practices. However, it is responsible for sectors that are essential to the quality of life of the population, such as solid waste collection, town planning, the maintenance and development of roads and public spaces, and local public amenities. Local authorities also play a significant role in local economic development, through the jobs and incomes they provide to inhabitants, and the commercial land and buildings they own, sell and lease.

If they are well prepared, municipalities are the best channels to identify and respond to the needs of local people. However, some Jordanian local authorities are limited in carrying out this function, in particular due to limited internal skills in terms of budget management, investment planning and administration of the services for which they are responsible. These difficulties have often been aggravated by financial problems.

For this reason, in 2008 Jordan set up a Pilot Programme for Regional and Local Development (RLDP1), funded by the French Development Agency and the World Bank, to support the country’s decentralisation process in partnership with the Ministry of Municipal Affairs (MoMA), as well as the Cities and Villages Development Bank (CVDB), the main institution for financing and advice to municipalities.

From its launch until its completion in 2015, the programme enabled significant advances, despite the major upheavals in the region. The RLDP1 saw the funding of physical investments (municipal infrastructure and income-generating projects), and the provision of significant amounts of equipment (rubbish trucks, public lighting, etc.) in all municipalities (93 in total), excluding Amman and Aqaba. These investments made it possible to improve public services under the jurisdiction of municipal authorities and to strengthen their financial situation; 80% of the total amount of the project was dedicated to this investment component.

Four other components enabled RDLP1 to step up its support for local authorities:

While this first programme has given some support to the process of decentralisation, this process is far from complete, especially as the field of municipal responsibilities continues to expand. Thus a new municipal law, approved in 2015, strengthens the power of elected municipal assemblies and increases the role of cities in coordinating public services in water, electricity, transport, education and health.

With the local authorities needing increasing support, the Jordanian Ministry of Municipal Affairs and its partners in the UPFI initiative, have therefore decided to build on the achievements of RDLP1, while adopting simpler terms of implementation more focused on achieving investments. 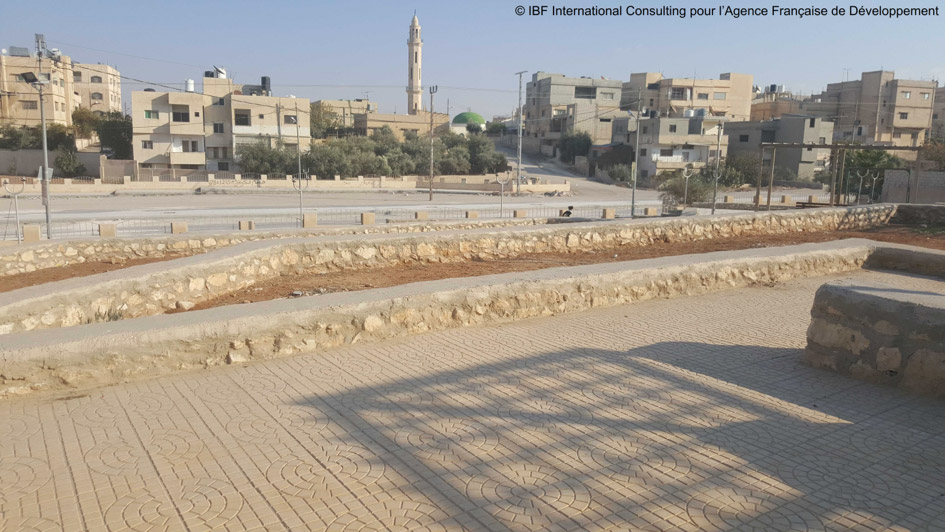 Urban development works carried out in the town of Zarqa, Jordan
©IBF International Consulting consortium for the French Development Agency

The aim of RLDP2 is to help municipalities to provide their citizens with a better and more efficient service, while respecting their responsibilities, the existing regulatory and legal framework and anticipated changes. To achieve this, the UPFI Initiative implements two approaches.

The first component targets municipal investments that meet the priority urban development needs of municipalities, such as urban mobility management, provision of infrastructure and public spaces, and local economic development projects, in particular those aimed at women and children.

The investments identified will depend on the financial and technical capacity of the municipalities and the nature of the projects. Thus complex integrated urban development projects, such as town centre rehabilitation, will be favoured in large cities, while smaller urban areas will target actions that are simpler to implement.

The second approach consists in setting up a technical assistance programme in the form of advisory support to strengthen the capacities of the local authorities and those of the Ministry of Municipal Affairs. This support aims to guarantee the effectiveness of the services offered by local authorities to their citizens, while ensuring the proper implementation and management of the investment programme.

Finally, RLDP2, whose mission is mainly focused on the operational realisation of urban projects, will ensure that it interacts with interventions from other donors that are aimed at improving the institutional framework in which municipalities operate (improving the financial management capacities of cities, improved predictability of state transfers, etc.). 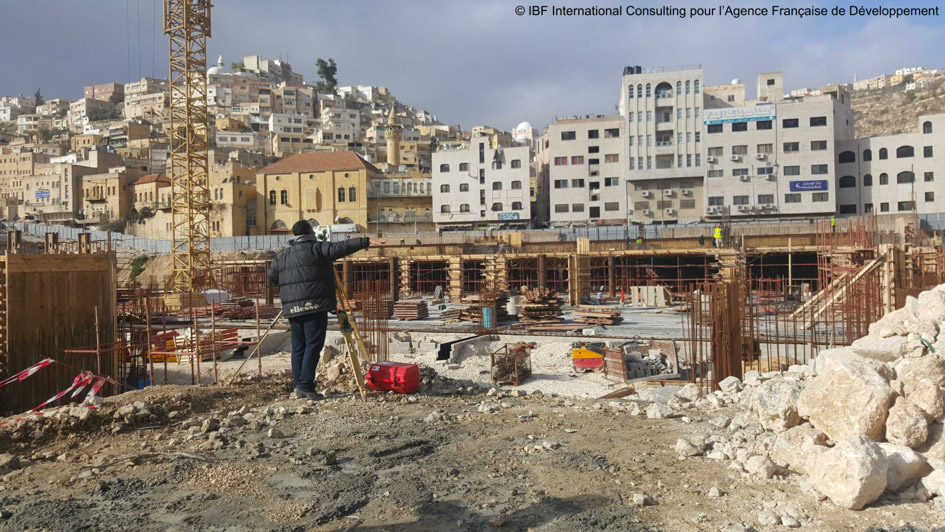 The second phase of preparation of the UPFI-RDLP2 project, which began in November 2015, consisted in carrying out a feasibility study, whose results has enabled the AFD and the Jordanian institutional partners to define the precise content of the Programme.

The technical assistance enabled the sampling of municipal needs in some twenty cities. This initial diagnosis, submitted to the AFD and the Jordanian partners in May 2016, has led to the development of the main components and the scope of the intervention of the RLDP 2 programme.

In November 2017, the Ministry of Municipal Affairs stated the will to integrate 8 cities to the RLDP 2: Jerash, Ajloun, Madaba, Salt, Kerak, Irbid, Zarqa, and Um-Rassas.

In June 2017, the second component of the feasibility study of the RLDP 2 and a complementary mission to conduct a first analysis of the environmental and social impacts of the investments foreseen in the RLDP 2 have been launched.

A crucial work was conducted by the Technical Assistance team of experts to prepare this “secondary cities” programme, in particular the urban assessments and the identification of the priority urban investments in the 8 beneficiary cities. To this matter, a complementary study on the analysis of the urban investments which could be implemented by RLDP2 has been launched, on UPFI funds, in the beginning of 2018. The three UPFI studies/supports launched for RLDP 2 were completed by the end of 2018.

In June 2017, the technical assistance and feasibility study mission to the Jordanian Ministry of Municipal Affairs was extended to further analyse and select the secondary cities that will benefit from the programme, as well as to carry out an initial social and environmental impact study of the investments foreseen in the RLDP 2.