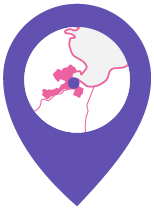 Programme for the Rehabilitation and Integration of Residential Areas

Responding to the needs of people living in popular neighbourhoods of Tunisia in terms of infrastructure, services and facilities, and preventing the creation of informal settlements

The Tunisian Revolution of 2011 lifted the veil on the deep social and territorial inequalities existing in the country. The illustration of these territorial inequalities is particularly strong in ‘popular’ neighbourhoods, which have developed spontaneously in recent decades on the outskirts of cities. Suffering from a lack of access to basic services and amenities, the populations of these districts live on the margins of society. Faced with this situation, the Tunisian state is stepping up its action in favour of these working-class neighbourhoods and for the prevention of informal settlements. In this context, the UPFI’s partners are working alongside the Tunisian government in supporting the Second Programme for the Rehabilitation and Integration of Residential Areas (Programme de Réhabilitation et d’Intégration des Quartiers d’Habitation or PRIQH 2).

Delivering solutions to the problems of under-equipped popular neighbourhoods

Tunisia is one of the most urbanised countries in the Mediterranean region, with more than two-thirds of its population living in urban areas. Urbanisation and urban concentration have grown rapidly over the last thirty years. This phenomenon has led to the creation of precarious neighbourhoods, mostly on the outskirts of towns. These informal settlements face real urban problems of access to basic services and facilities.

There is a real shortage of socio-collective and economic facilities, crucial to the development of economic and industrial activities in such neighbourhoods, which for the most part suffer from high unemployment, in particular among young people.

Following the Tunisian revolution of 2011 and the recognition of deep social and territorial inequalities, the Tunisian state decided to step up its intervention in favour of these working-class districts.

In order to improve living conditions in these neighbourhoods and to support the levers of local socio-economic development, the Tunisian authorities launched the PRIQH in 2012. This programme, costing a total of almost €250 million and implemented between 2013 and 2019, is funded by the Tunisian state, the AFD, the European Union and the EIB.

This multi-city approach, implemented in 140 precarious neighbourhoods across Tunisia, aims to improve living conditions for residents of working-class neighbourhoods.

The Urban Rehabilitation and Renewal Agency (Agence de Réhabilitation et de Rénovation Urbaine or ARRU) is the public operator of PRIQH 1, under the Ministry of Equipment, Housing and Territorial Development. Established in 1981, the ARRU implements national policy on urban rehabilitation and renovation for the benefit of the State and public authorities, in order to provide informal settlements with basic infrastructure.

In parallel with the investment component, the overall programme aims to promote reforms in favour of urban policy. Two other components include institutional support for the structuring of urban policy, enabling a comprehensive and coherent urban action and support for capacity building among local authorities. 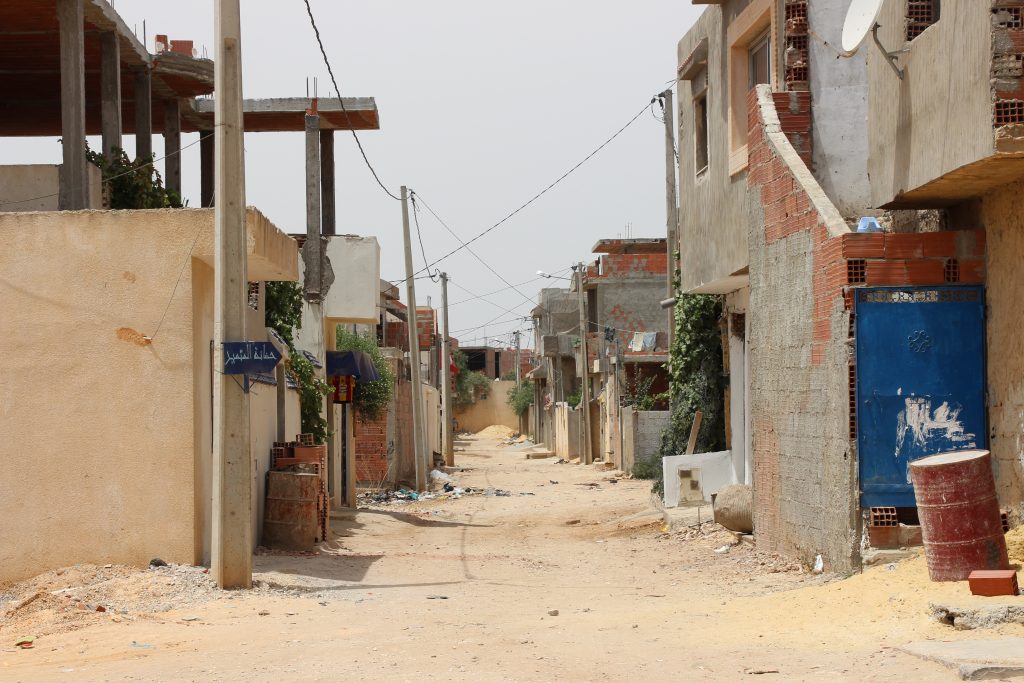 Following up on the actions carried out as part of PRIQH 1, and in the face of the accelerating development of informal settlements, the Ministry of Equipment decided to extend its efforts aimed at curbing informal housing and improving quality of life, access to basic services and the creation of new job opportunities for the residents of popular neighbourhoods.

The Ministry therefore charged the ARRU with launching a second national programme for the rehabilitation of informal settlements. Part of the government’s 2016–2020 five-year plan for economic and social development, PRIQH 2 will include interventions in nearly 150 neighbourhoods out of a total of 274 targeted during an identification process begun in 2015, representing 171 municipalities and 1.22 million inhabitants.

Aiming to build on the achievements of PRIQH 1, the objective of PRIQH 2 is to intervene on basic infrastructures and to reinforce access to social and collective facilities in the beneficiary districts, such as premises for cultural, sporting and youth activities, and the establishment of industrial premises, driving local socio-economic development and acting as a guarantee of integrated urban development.

These actions will be designed and implemented by promoting a respectful approach to the environmental and the social contexts of the neighbourhoods and their inhabitants.

In order to improve the living conditions of the inhabitants of these neighbourhoods, residents must be involved in the urban development projects. PRIQH 2 will therefore be implemented through the involvement of both local authorities and civil society through an appropriate consultation and communication approach. This participative approach will be essential to ensuring the involvement of local populations, and their appropriation of the facilities and infrastructures that will be developed in these districts, ensuring their long-term sustainability. 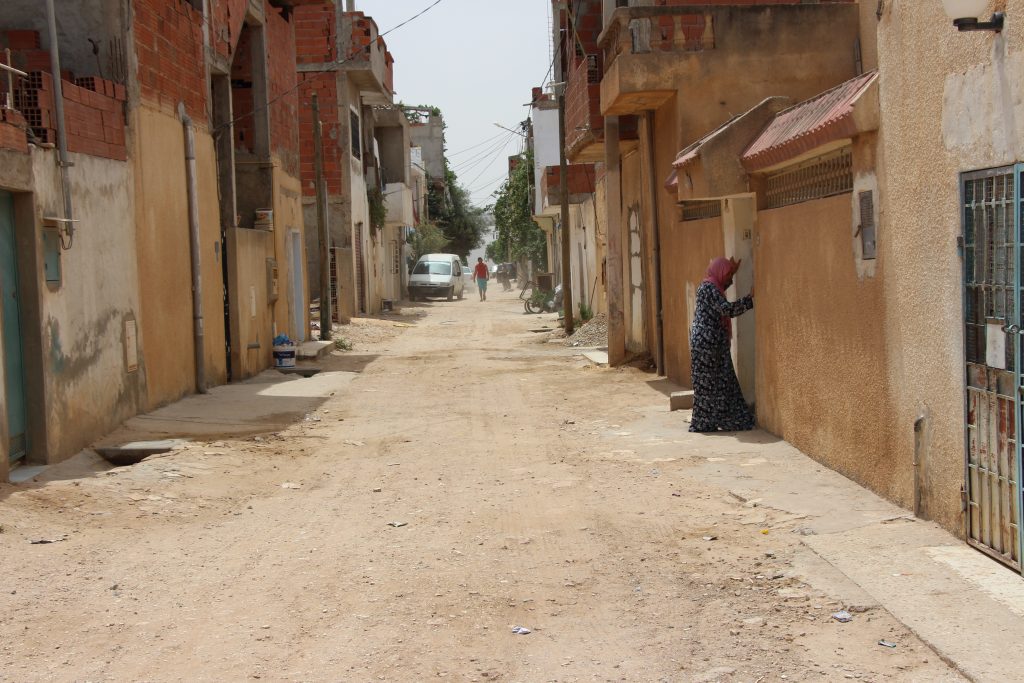 In order to improve the impact of the programme in the context of transition towards decentralisation, this second phase introduces a renewed approach to the urban renovation of popular neighbourhoods: 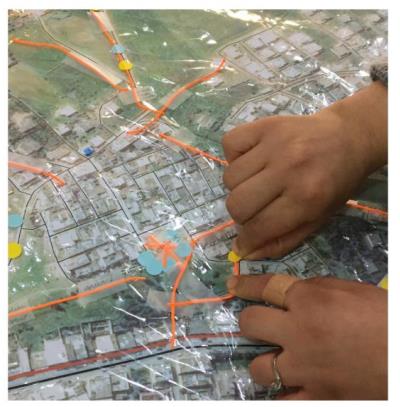 Technical assistance to support the ARRU in the development, implementation and management of PRIQH 2

The Second Programme for the Rehabilitation and Integration of Residential Areas (PRIQH 2) was identified and added to the list of UPFI projects in January 2017, in light of its integrated urban development approach, its multi-city dimension and its potential for replicability on a regional Mediterranean level.

The experience acquired during the implementation of PRIQH 1 confirmed the need to support the ARRU and the Tunisian authorities in the preparation of the programme and its implementation, in order to consolidate the feasibility of the actions under PRIQH 2, in particular in terms of social facilities and industrial premises.

To this end, PRIQH 2 entered in June 2017 the preparation phase of UPFI projects and benefited from technical assistance to assist the ARRU in the design, programming, management and monitoring of actions under PRIQH 2.

The preparation phase of this UPFI project aimed to support the Tunisian state in the preparation of actions to prevent the development of informal settlements.

The technical assistance implemented and jointly monitored by the AFD and the EIB has enabled donors to make progress in appraising the second component of this popular neighbourhood programme. AFD, EIB and European Union financing for phase 2 of PRIQH has been approved by their respective boards. 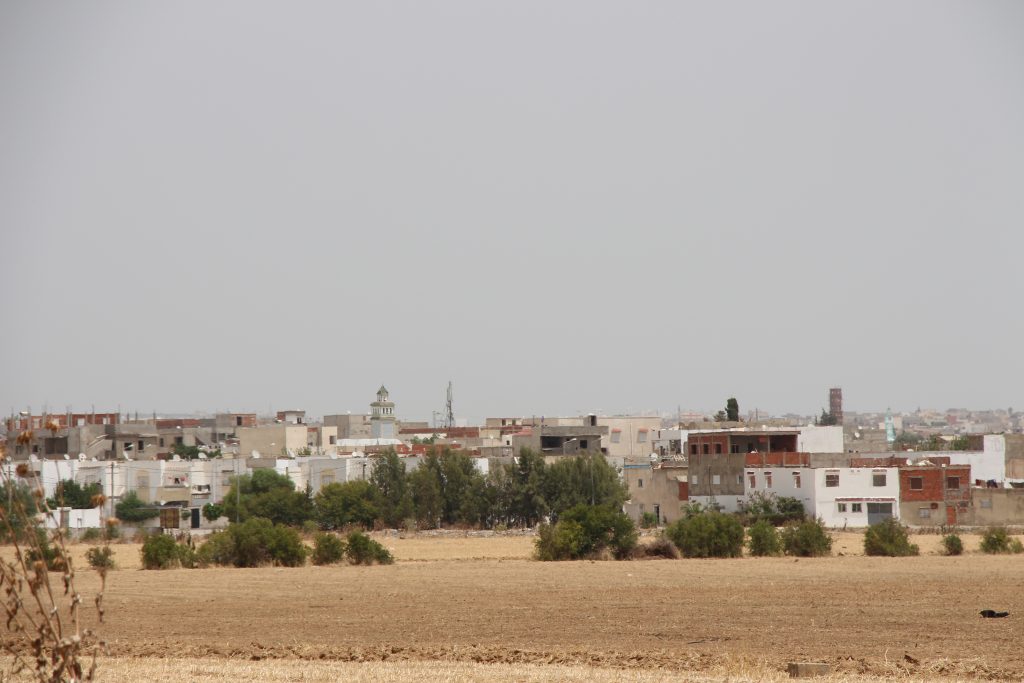 On 4 July 2019, Tunisian Head of Government Youssef Chahed, together with the Minister of Infrastructure, Housing and Regional Development, and the Minister of Local Affairs, officially launched the second Programme for the Rehabilitation and Integration of Residential Areas (PRIQH 2) at an event attended by around 100 mayors from across the country. Succeeding PRIQH 1 (in place since 2012), PRIQH 2 will help improve living conditions for 800 000 Tunisians in 146 residential areas.

LAUNCH OF A NEW UPFI PROJECT PREPARATION: PRIQH 2 IN TUNISIA

In the first quarter of 2017, a new project was identified for UPFI support: Phase 2 of the Programme for the Rehabilitation and Integration of Residential Areas in Tunisia (Programme de Réhabilitation et d’Intégration des Quartiers d’Habitation or PRIQH 2). Following a consultation through the UPFI Framework Agreement, the consortium awarded the contract began providing technical assistance in June 2017. This TA aims to support the Urban Rehabilitation and Renewal Agency (Agence de Réhabilitation et de Rénovation Urbaine or ARRU) in the design, programming, management and follow-up of interventions under PRIQH 2. The design of the programme will, in particular, be based on an approach of local participation and consultation with the population. The mission also aims to support the Tunisian Ministry of Equipment, Housing and Territorial Development in preventing the formation of informal settlements.